Woke up after only 3hrs sleep so not really firing on all cylinders this morning. Fortunately I have a 100% sure fire remedy. My MANIAC Green Smoothie. This may look disgusting but actually it's delicious and gives me all the nutrition and disease prevention benefits that empowers me for the busy day ahead. If anyone would like any other ideas for smoothie recipes please feel free to contact us at VIDDA 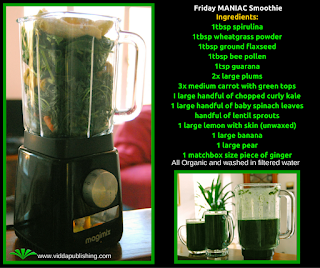 Looking for something spicy for dinner this evening and with only a few odds and ends in the fridge I threw together a vegan curry dish, and damn good it was too. 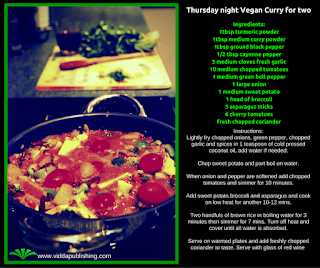 Setting the Scene on GMO’s

I'd like to introduce you all to Mr. Mark Plummer who I'm pleased to say has joined the VIDDA Publishing team. Mark's first book for VIDDA will be released via Amazon Kindle, November 14th 2015.

This is the first in a five book series covering one the most important and controversial subjects in today's society, our food supplies and the proliferation of GMO's (Genetically Modified Organisms). If you have questions about GMO's this series of books will supply the answers for you.

Knowledge is power as the overused saying goes. But is anything more important than being able to make an informed choice when choosing exactly what food you and your family put on the dinner table? It sound simple but day by day that choice is being taken away from us.

Conspiracy or fact? You owe to yourself to find out exactly what is happening in the biotech/food industry and what the possible consequences will mean to you.

Please read Mark's bio at the end of this blog.
We encourage your support and feedback, thank you. 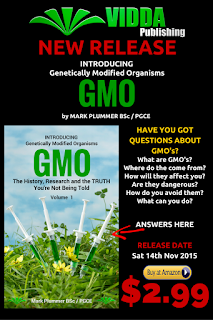 I trained and taught science in Spain until a confluence of austerity, divorce and new love brought me back to the UK. I have worked on behalf most major UK charity, environmental and NGO you can think of. I was a fundraiser, data in-putter, administrator and every role in between and back again. Aside from that I have paid my dues on the chalk face of terrible temporary and agency jobs. Bitter experience has taught me, don’t let it grind you down, remember you have rights, join a union and you can say NO! Today I divide my time between writing, campaigning and teaching. My leisure time involves music, film, literature and the kitchen as well as spending quality time (what other time is there?) with friends and family. 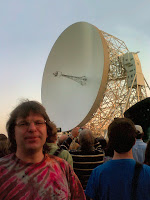 Image: Taken outside Jodrell Bank Radio Telescope about an hour before the first time I saw Hawkwind live in the summer of 2013.

On Saturday 14th November 2015 VIDDA Publishing are having a 1 DAY SALE for three of our newly released BOX SETS.

The MEDICINE on your PLATE - Understanding Disease, Prevention and the Importance of Plant Based Nutrition & Diet
5 book Kindle BOX SET