Another World at the end of our Garden

It's been a week or two since I've had a moment's time for myself to sit and write for this blog, sorry to anyone who's been waiting.

As I write this entry looking out of the window at the drizzle and grey skies, waiting for summer to return it gives a me chance to tell you about an evening last week in my garden in Redditch at the end of a long hot day.

I'd spent the previous ten days working without break on the business, writing and producing books, building websites and studying just about everything I can lay my hands on to help us succeed in our new venture. I'd barely seen the sky or any form of wildlife and I was starting to twitch.

On the afternoon of June 23rd my brain finally froze. The words I was writing started to look like the illegible nonsense of a drunk fish. I gazed out into the garden and saw that the sun was still shining and our wildlife was busy feeding their young.

I grabbed my camera and left my overheated laptop which recently has become a fifth limb and headed for our vegetable patch and a nest box that was originally put up for the Bluetits but was now occupied by a colony of Tree Bumblebee Bombus hypnorum. I'm captivated for the next hour by the complex web of life before my eyes at the end of our garden. 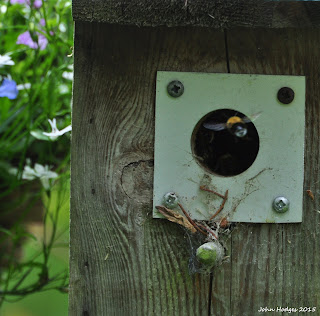 We often overlook the humble Bumblebee. We all see them buzzing around, landing on flowers rather clumsily. They look like they shouldn't be able to fly at all, their bodies look out of proportion compared to their small wings. Don't be fooled the 24 UK species are all strong fliers and hardy little beasts that have a fascinating life cycle.

Bumblebees are social insects governed by the all powerful Queen. She rises out of her isolated winter hibernation when the first heat of spring seeps into the earth she is cocooned in. She's survived solely on her fat stores from last summer and now she spends the first few days stocking up, feeding on the nectar of spring flowers to regain her strength and energy for the months ahead. She's the nest builder, egg layer and creator of the complex social hive. She is the engine of her genetic line and she has no time to waste.

After regaining her strength the Queen will then look for a suitable home for her nest. Long grass, holes in trees or buildings. Loft spaces are often a favourite place and of course unused nest boxes. This year we have two boxes occupied by the bees, one at the base of our Eucalyptus tree and one overlooking our vegetable patch.

After selecting a location she then sets about collecting pollen so that she can construct a mound of pollen and wax that she secretes from her body to lay her eggs into. She also creates honey pots that she has in front of the mound, filled with nectar so that while she's incubating the eggs she doesn't have to leave to gather food. She'll sit on her eggs using heat caused by the vibration of her abdomen for approximately 7-10 days, sipping from her honey pots for nourishment. When the grub like larvae eventually hatch they're fed by the Queen who delivers fresh nectar from nearby flowers. It takes about two weeks for the grubs to put on enough weight to start the process of the pupa stage of their life. When the grubs are ready they spin a silk cocoon in which they will develop into the adult form.

The first brood born in early summer are all females and their sole job is to look after the nest. Some clean and some are on guard duty while the rest can be seen bumbling around our gardens collecting pollen and nectar from the flowering plants. The majority of the food will be taken back to the nest to feed the other workers and the next generation. At this stage the Queen stays in the heart of the colony, giving out pheromone instruction and laying eggs.

As late summer marches in, with notably shorter days the Queen starts producing males and new Queens. The males leave and become solitary, they spend their time feeding and watching football (I'm joking). The young queens shortly after leave the nest to seek out the new males and go about the mating game to ensure the future of the bloodline. Very similar to our Royals except they don't have live TV coverage at every stage, unless Attenborough shows up! 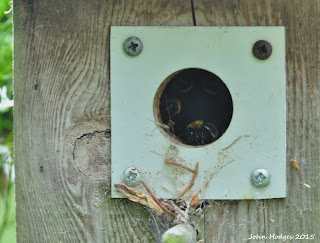 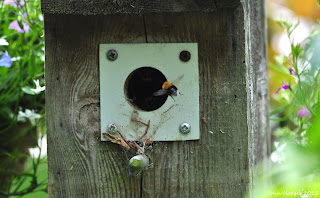 Once the Queens have mated their job is to consume as much energy rich nectar and pollen as they can to build up their fat stores. They have a long cold winter of subterranean hibernation to get through.

As the days grow shorter the old nest with the old Queen will come to its natural end. She's done her job and the sands of time catch up with her. Only her impregnated daughters will survive to see the spring and pass on her genetic heritage. So the cycle of life will begin again with a faint buzzing and a dance among the spring flowers.

If there is a moral to this story and I suppose there is, it is don't go through life with your eyes closed. Amazing lives and worlds exist all around us. Sure it's fun to travel and explore the natural World in far off lands and see exotic beasts that you've seen on TV. But equally beautiful are the lives taking place all around us. It's often the small things that are the most complex and fascinating and you barely have to put on your shoes to see them. The next sunny day go out into your garden or sit on a windowsill with the window open and before long you'll hear the familiar buzzing of a bumblebee. You don't need to know it's species just know that it's part of a greater web of life that's feeding, mating, living and dying all around you and it'll be happening whether you're there to observe it or not. It's a shame to miss though, don't you think? 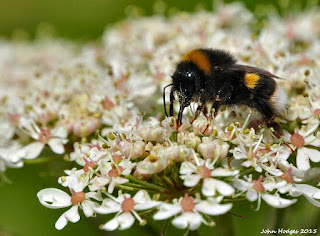 We have two new releases due the 1st week of July 2015.
The MEDICINE on your PLATE - Crushing CANCER
GREEN up your HOME

Both titles will be available for FREE download for 3 days upon release.
Also due for imminent release GREEN up your PERIOD - Spanish translation. 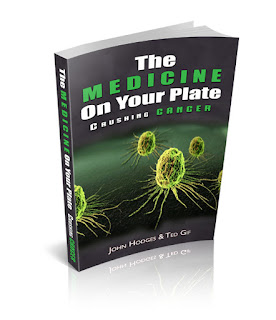 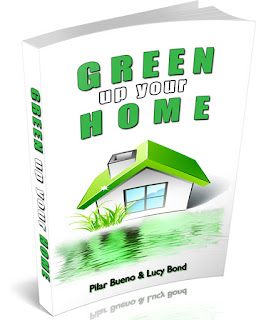 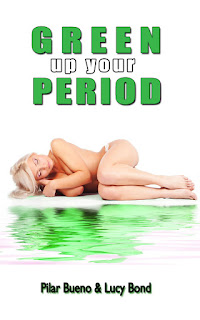 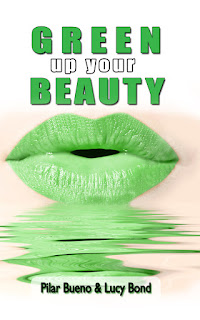 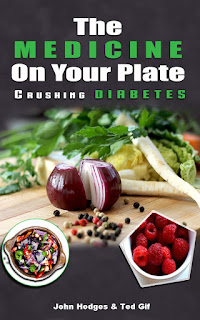 Pili's 40th birthday today and she's looking great on it.
She's been really spoilt so far and I have a few more surprises for her.
To go with her Moet Champagne I knocked her up a Wild Elderflower Green Smoothie, this should flush out the cake and the booze ;-) 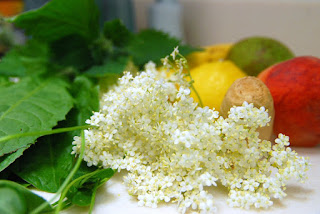 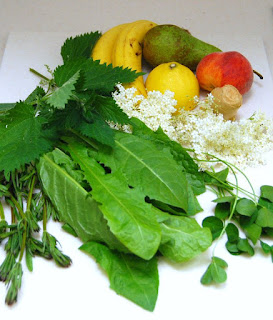 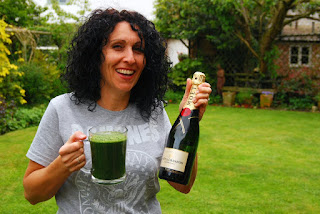 
SIRTFOODS
is number 1 on two catagaries in Amazon.es (Spain)
That's No1 is three countries, unbelievable. 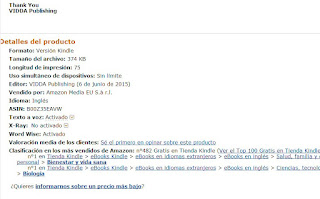 THE MEDICINE ON YOUR PLATE
CRUSHING DIABETES

More updates to come.
Thanks 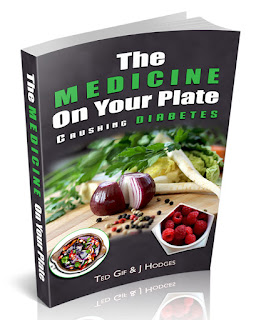 Well after a lot of jiggery pokery my book is finally released my book, June 8th 2015.
It's free until June 12th so please grab a copy and if at all possible please leave a review.

I had a really nice surprise this morning at 4am when I got up (my insomnia is dreadful at the moment, work and birdies on the brain!) my book on Amazon.com had hit No1 in both my catorgaries, i was stunned. Its the same for the UK site and the Spanish. I'm hubbled by the support of everyone and can thank you all enough.

Here's a screenshot of the ranking at Amazon.com, I still can't believe it!!! 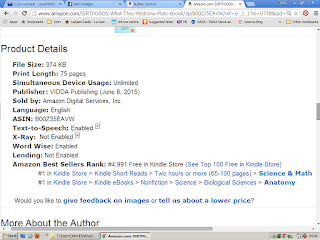 I've been a little slack with my blog posting but I promise I'll be adding some new and hopefully interesting adventures in the coming days and of course with lots of photos.

SIRTFOODS - What They Are & What They Can Do For You 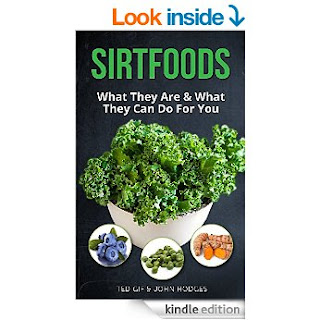