SIRT FOOD at all good book shops near you 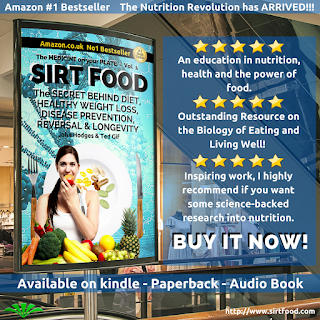 Available to order the Spanish edition of my book 'Resolution to be Happy'.
Release date: 29th April 2016 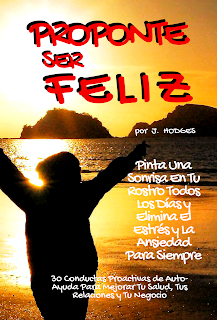 This is the first post in a series about the benefits of SIRT FOOD.
I'm starting with watercress for no particular reason except it's my favourite salad green. It's also full of antioxidants, gram for gram has more Vit C than oranges, more iron than Spinach. It also has more calcium than a pint of milk and is a much healthier alternative source of this important nutrient.
I love its peppery taste, it's great in soups, wraps and salad. I also love it chopped and mixed with a whole red pepper, red onion & cucumber, all mixed in a bowl of brown rice flavored with turmeric and cayenne pepper.
All combined to make a super nutrient dense meal and of course, it's full of
SIRT FOOD. 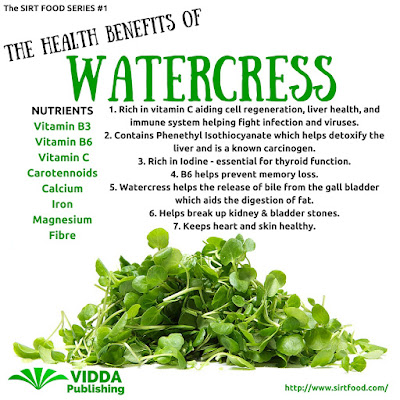 Dogs Tales - Do you want to see the Woodpeckers?

This is an extract from one of our books DOG TALES Vol 1, it's a story taken from my personal memory banks, looking for woodpeckers in our local woodland with my late best friend Barney. 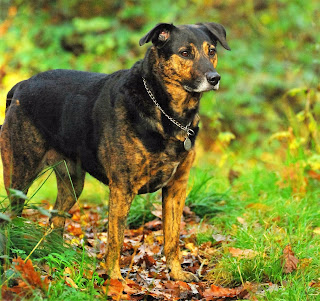 Do you want to see the Woodpeckers?

Barney’s ears twitched and he turned his gaze up towards the oak tree canopy. “Bam, bam, bam” and again the same sound from a different area of the deciduous woodland. It was unmistakably a male Great Spotted Woodpecker advertising his presence to the competing males in the area. 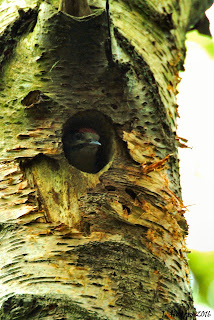 As a wildlife photographer and naturalist, the sound of these birds and the warmth on my face of the late March sunshine meant only one thing to me. The seasons were on the change and the cold fingers of winter were releasing the grip of stillness in my local woodland.

Barney, my 7 year old rescue dog was a mixture of Staffordshire Bull Terrier and maybe, but I can’t be sure, a Doberman. He was a proud and handsome dog and as with all mongrels, highly intelligent and responsive to humans, especially me.

Barney watched my every move. As soon as he saw me going near my photography kit he would try and catch my eye, hoping that I’d give him the nod to confirm that he was joining me for the next 3-4 hours exploring the local countryside.

I’d watch him out of my peripheral vision and pretend to ignore him. I’d see his ears stood up firm and alert but drooping at the tips. The end of his tail would be twitching, just slightly, as if it was a tightly coiled spring just watching and waiting to thrash about when released.

I’d check my cameras: batteries charged, spare memory cards, cleaning accessories and waterproof covers. I then firmly lace my boots, still ignoring him and trying to conceal my amused smile because just a twitch of recognition from me would set off an explosion of excitement that would release Barney’s inner puppy and send him bouncing and barking excitedly all over the house.

Finally, I’d make my way to the front door, collect my keys and jacket. Barney by this time would be sat obediently as close as possible, looking his cutest. I could feel the electricity in the air from his anticipation and excitement. Slowly I’d turn to face him and mutter in a silly high-pitched voice:

His head would twitch down and to the right, eyes bright, almost a doggy smile appearing on his face.

His head would twitch the other way and I could almost feel his raised heartbeat pulsing with rhythm through his wagging tail.

“So you’d like to see the woodpecker……in the woods would you?”

An explosion of energy would finally burst from Barney. He’d jump up and put his paws on my chest and lick my face, then scratch the front door barking with excitement to be released into the outside world.

Within a brisk ten minute walk, we’d enter my local patch. I know every tree and shrub in this four-acre  remnant of old English woodland, and so did Barney. As a wildlife photographer, I guess it’s kind of unusual to be out with a dog because generally wildlife not only tries to avoid humans but also dogs. But even though I’m biased, Barney was special. He was like a second pair of eyes and ears for me. He’d hear things before I did and stop and look in the direction the sound was coming from. Of course, I was tuned into this and I’d follow his gaze and wait silently for the beasties to show themselves so hopefully I could get a photo.

My favourite times would be when we’d find a familiar tree where I’d like to sit silent and blend into the nature around me. I always found this an excellent strategy for letting the woodland life slowly show itself. Just be peaceful and calm and the nature hidden around relaxes and goes about the business of being part of the cycle of life.

Barney would quietly sit with me for maybe an hour or more, sometimes sleeping but more often than not just leaning against me with my arm around him watching and waiting. Occasionally he’d nudge my hand for a fuss, or lick my face but he knew that the purpose of being here was to be the observers. Never was he tempted to bark or chase a squirrel or bird. He was just happy to be with me and sat in nature’s splendour.

Very occasionally Barney would wander off to do his own exploring in the woodland undergrowth. I’d lose time being enthralled with something, whether a new discovery of an orchid or a familiar bird that my eyes would be following. When the spell was finally broken, often and hour or more had passed, I’d realise Barney was not with me. I never, ever worried. I’d give a couple of sharp whistles and within a brief moment, sometimes longer I’d hear the pounding of the ground and crunching caused by him running through the leaves, crashing through the Rhododendron bushes as if they were not there. It was like a scene out of the movie ‘Jurassic Park’; I would see the bushes twitch and move on all sides and then the beast appears and is on top of me. Thankfully the only danger I was ever in was being slobbered to death by my happy companion. 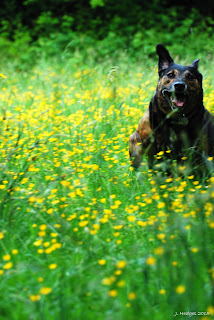 Wherever I took Barney it was never necessary to have him on the lead. He wasn’t a chasing, fighting dog. If fact he didn’t seem to care that much about other dogs we came across, he’d briefly say a doggy hello, tail up, a sniff of the under parts and then he’d go on his way.

He was great with kids, they’d come over and pat, poke and generally manhandle him. He would just stand and take it, giving me a look as if to say “why are you letting them do this to me? What a humiliation!” followed by a deep sigh.

He’d hang on my every word and command and I was constantly amazed at how quickly he’d understand a new word. I never had a problem with him when walking along the roadsides. When reaching a crossing I’d just mumble: “What have you got to do then?” and he would sit and wait until I started crossing, then cross with me. I never taught him this. The first time I said these words he seemed to understand what I was asking of him. All he wanted to do was make me happy and gain my approval, which of course he always received. 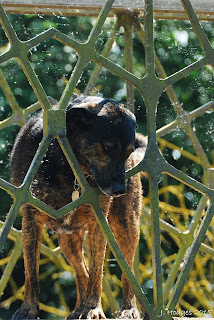 Sadly the days I now write about are long gone. We lost Barney in the winter of 2012 after a brief but fatal illness. I’ve been fortunate to have travelled the World exploring habitats searching for exotic wildlife and I have experienced many wonderful natural events. But when my time eventually comes to an end and a go over the days of my life some of my happiest times without a question were spent with my faithful buddy, Barney, looking for woodpeckers in ‘our’ local woodland.